The Department Manager has the following security control: 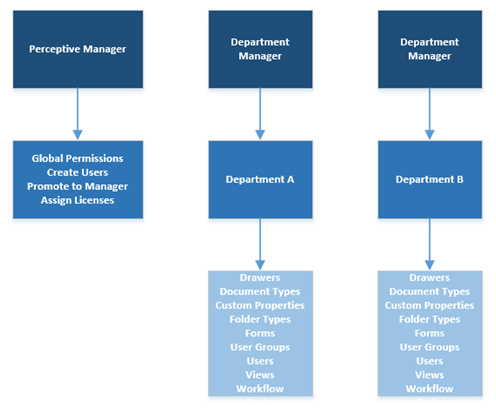 ImageNow 6.6 and earlier versions used projects to group related documents.  Later versions, including Content 7.1, changed from projects to folders.  Folders function the same as projects with the exception of allowing for the use of content modeling.  Folders are a physical grouping of documents which allows for drawer assignment of folders as well as the ability to route the actual folder through workflow.  The content modeling aspect of folders does not have to be utilized; if unutilized, folders will function like projects from a user perspective.

The change from projects to folders also meant a change in the index value naming utilized in earlier versions of ImageNow.

6.7 and newer versions of ImageNow use the following naming convention: