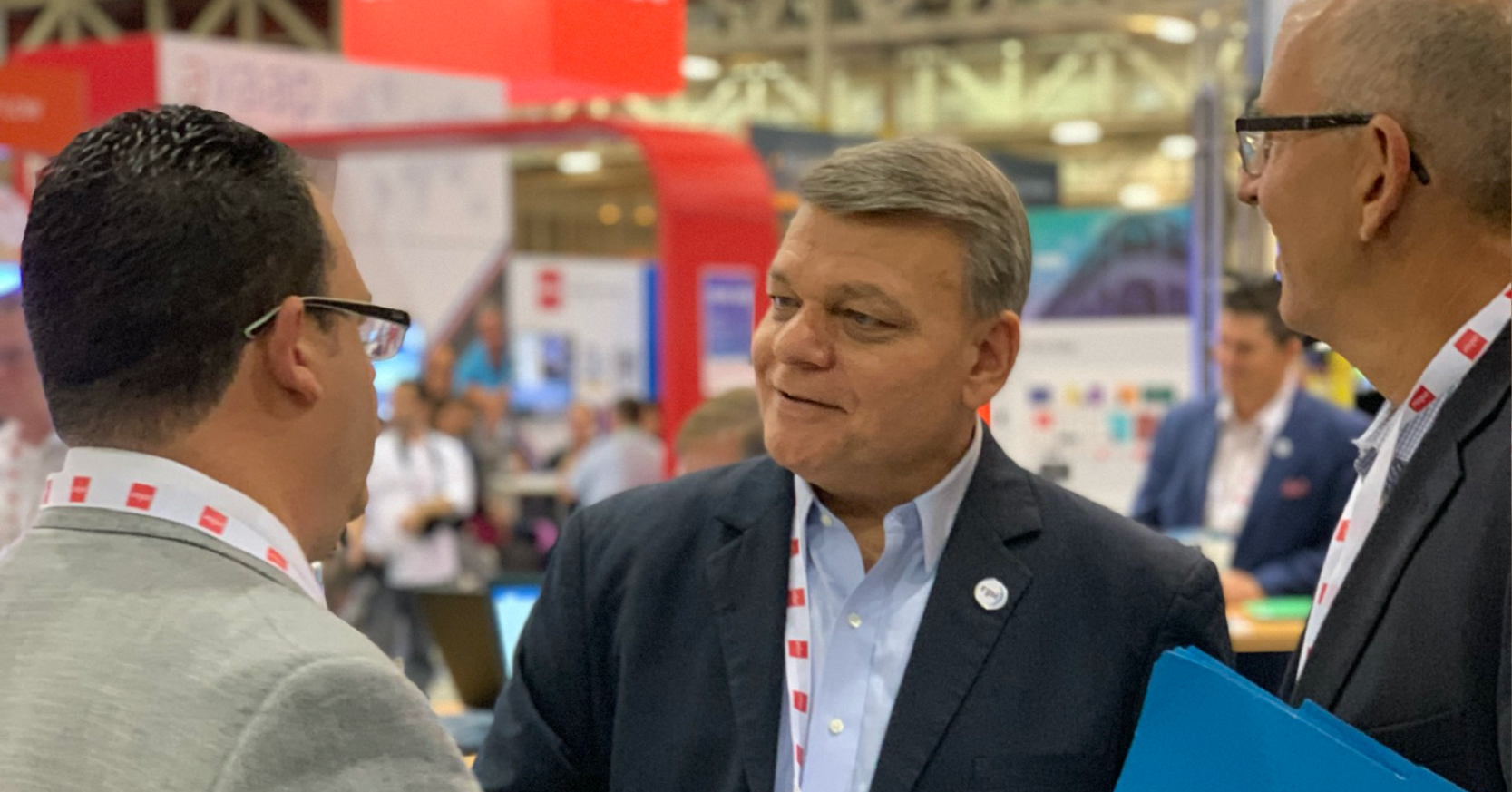 Baltimore, MD (May 13th, 2015) — RPI Consultants is a Platinum Sponsor for the 2015 Infor Southeast User Group (SEUG) Mega Meeting being hosted at the Grand Hyatt in Tampa Bay, Florida on May 17th, 18th, and 19th. RPI will be offering two presentations during the informational breakout sessions – a session on Advanced Technical Differences for Infor Lawson 10x and a Panel on Landmark Technology.

Richard Stout, Partner with RPI Consultants, will deliver a presentation, titled “Infor Lawson 10x Technical Differences – Advanced!”, focused on 10x differences and upgrade considerations based on lessons learned from multiple customers now live on Lawson 10. This will be a technically focused session for advanced Lawson System Administrators and System Owners, covering all the decision points essential to anyone on their way to Lawson 10. Highlights include server environment/architecture, Ming.le/SharePoint integration with Portal, Landmark, ISS, and hardware considerations. This presentation is scheduled for May 18th at 11:15am (EDT).

With 10 years of experience working on a variety of highly complex system integration projects for Lawson Customers, Mr. Stout has developed a nuanced understanding of Lawson architecture. He has worked with organizations across all industries to translate business requirements into the development and implementation of a solution leveraging a variety of available technologies. As a certified Lawson technical consultant, Richard has installed and supported the full suite of Lawson products. He has worked extensively with ProcessFlow / Infor Process Automation (IPA) and various reporting, workflow, and imaging solutions. He draws on his IT background in database management, systems administration, programming, and automation to provide simple solutions to complex problems and is fluent in SQL, C#, Java, VB, XSLT, ImageNow scripting, eForm and web development. At the forefront of early adoption of Infor technologies, Richard is a regular presenter and is recognized as a thought leader and IPA advocate in the Lawson community.

Certified in Lawson installation and administration, Carl Seay is an expert in Lawson systems on both Windows/MS-SQL and Unix/Oracle platforms. Commanding total knowledge of the application stack from OS to user interface, Carl has been helping Lawson customers make the most of their technology investment for over seven years as a system analyst, programmer, administrator, and installer. Over the last two years Carl has had the rare opportunity to master emerging technologies such as LSF 10, Workspace/Ming.le, and Landmark federation while working on four new 10x implementations and multiple 9.0.1 to 10x upgrades. Mr. Seay’s background is with HR in a healthcare environment, where he became an expert on ESS/MSS customizations and ProcessFlow.

John Dever is a Senior Lawson Technical Consultant who has been working on Lawson systems since 1998. He is Lawson Certified on Lawson System Foundation and Landmark and has worked extensively with Lawson 10x. He also has deep experience with IBM WebSphere Application Server Administration, IBM Tivoli Directory Server (LDAP), LBI, Process Flow, Micro Focus Server Express, BSI Tax Factory, Oracle DBMS and DB2 DBMS. Mr. Dever has supported Lawson installations and upgrades for over 14 years and has worked on Lawson Application versions 7.x thru 10.x as well as Lawson Environment Versions 7.x thru 10.x. He has led data migrations from various non-Lawson systems to Lawson, deployed LBI including Crystal Report and Smart Notification development, developed custom programs in Lawson and implemented Lawson’s Employee Self Service and Manager Self Service functionality. An expert in Lawson System Architecture design Mr. Dever has assisted not only with various Lawson implementations but also in helping customers migrate to ACS and IBM data centers. Additionally from 2006 through 2009, he was president of the Florida Lawson user group and in 2003 was a presenter at Lawson’s CUE Conference.

John Wade is a Senior Lawson technical consultant with an extensive background in working with Lawson on iSeries environments. He has extensive experience working with Landmark technologies having implemented the platform for a dozen 9x and 10x Lawson customers. He has worked extensively with Infor Security Services (ISS) and in synching LSF with Landmark. His background experience includes planning, implementing, and managing customer projects involving upgrades, migrations, assessments, and resolution of the Lawson system in UNIX, Windows, and iSeries environments. He has over twenty-five years of experience in hardware and customer support roles including UNIX RS/6000, System-I, WebSphere, personal computers, networking, and peripheral devices. Mr. Wade has also worked on Cisco Network configuration and problem resolution, IBM hardware and software maintenance, and Business Performance Warehouse and Healthcare Analytics implementations.

Rob Marshall has been on the frontline of Infor Lawson technology and applications for over twenty years as a software developer, administrator, installer, systems analyst, and troubleshooter. He combines extensive solution development experience with skills in business requirements analysis, solution design, creative thinking, efficient programming, advanced troubleshooting, systems configuration and installation and effective communication. Mr. Marshall spent 15+ years working for Lawson Software as a Lead Software Engineer and Product Support Engineer. He was a member of the HR LSF 4GL product development and maintenance team and was later part of the Talent Management development group that worked on Landmark Java/J2EE. In addition to his experience working for Infor Lawson, Rob has worked for two major regional healthcare systems.

A Senior Lawson Technical Consultant, Chip Cunningham has deep expertise in Lawson systems across all its major technologies, including LSF and Landmark on both Windows/MS-SQL and Unix/Oracle platforms. With experience managing people and projects, implementing large scale enterprise systems, and comprehensive knowledge of the application stack from OS to user interface, Chip has been helping Lawson customers make the most of their technology investment for over ten years as a technical lead, architecture manager, integration architect, systems administrator, systems analyst, and programmer. Previous to joining RPI, Mr. Cunningham was technical lead at Ciber, working as the Enterprise Architecture Manager at Lakeland Regional Medical Center and a Senior Systems Analyst at Platform one – supporting multiple customers on Lawson.

Alex Belikov is a Lawson Technical Consultant that has more than 16 years of experience as a computer systems analyst, with another 14 as an electrical and mechanical engineer. He has technical expertise in Lawson System Administration, LSF, Landmark, Mingle, ISS, Websphere, Process Flow, Lawson Security, Mobile Supply Chain (MSMC) as well as RQC, EDI and Invoice Matching. He is experienced with MS SQL and SSIS and has worked in developing and maintaining inbound and outbound interfaces through a variety of tools. He is especially adept at troubleshooting, where he has developed a knack for identifying root causes and presenting and implementing cost effective solutions. Alex has the equivalent of a master degree in mechanical engineering from Kharkov Polytechnic University in the former Soviet Union, as well as many certifications in electrical engineering, server operating systems and programming languages.

Jeff House is a seasoned Lawson Technical Consultant with deep expertise in Lawson customization/interface development, system administration/installation and HCM functionality. Jeff has worked extensively with 4GL, IPA, and SQL, and has a thorough understanding of Lawson’s Cobol-based data extract programs and how Lawson retrieves and manipulates information. He has created numerous customized Employee/Manager Self Service solutions, led Absence Management implementations including writing custom calculations, and led multiple Lawson Security design and implementation projects, serving as the functional and technical resource. Additionally Jeff has a deep understanding of the GL and HCM data models and the business use of these Lawson suites. He has hands-on experience across the board of various Lawson configurations with a particular affinity for AIX. Mr. House has been working as Lawson consultant for five years and before that was a Lawson System Administrator and developer for University Community Health. Jeff is fluent in 4GL Cobol, JavaScript, HTML, SQL and IPA.

Certified in Lawson administration, Mr. Gary Padgett has 14 years of experience with Lawson in a healthcare setting. Prior to joining RPI, he participated in Moffitt Cancer Center’s Lawson implementation and served as the only Systems Engineer they ever had. He performed several product installations and numerous upgrades and service packs during this time. His primary focus has been with Unix and Oracle, but he also has experience with Windows and SQL Server. His strengths include system administration, Lawson Security, development in 4GL/COBOL and ProcessFlow/Process Automation, and support of the Lawson Materials Suite (including RSS/RQC, MSCM, Fax Integrator, EDI, and Procurement Punchout). He has developed training documentation and given training presentations for both technical coworkers and nontechnical users. He has previously presented at the Lawson Florida User Group regarding his creation of a custom product line containing non-Lawson data.

This Southeast User Group Mega Meeting combines numerous user groups in the area, including those from Florida (FLUG), Georgia/Alabama (GALUG), Tennessee (TNLUG), and the Carolinas (CLUE).